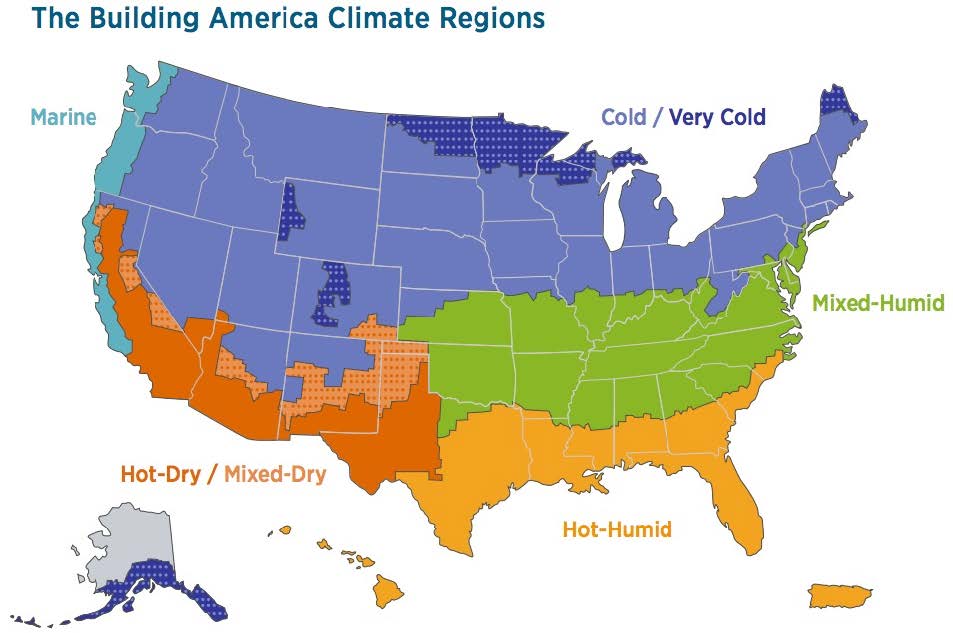 When building an energy efficient, net-zero home in Texas, it is vital to eliminate or greatly reduce energy loss with a high performance thermal envelope. Spray foam insulation, an alternative to traditional building insulation such as fiberglass, saves on energy costs and greatly lowers utility bills.

Studies by the US Department of Energy show that 40% of a home’s energy is lost as the result of air infiltration through walls, windows and doorways. Buildings treated with spray foam insulation typically insulate as much as 50% better than traditional insulation products.

Here in central Texas, we live in a Hot-Humid climate zone, which requires mechanical ventilation to remove humidity and maintain temperature for comfort. 80-90% of heat gain occurs at the roof. Spray foam insulation prevents heat from entering the thermal envelope.

R-value is the term given to thermal resistance to heat flow. The higher the R-value of an insulation product, the more effective the insulation properties. R-value increases with thickness of insulating material, but *note that air sealing capabilities and air in/exfiltration is not considered when measuring thermal resistance. Polyurethane is a closed-cell foam insulation material that contains a low-conductivity gas in its cells. As a result of the high thermal resistance of the gas, spray polyurethane insulation typically has an R-value around R-5 to R-6 per inch. In comparison, blown fiberglass typically has an R-Value of only R-2 to R-4 per inch.

Spray foam insulation’s most important attribute is the ability to air seal creating a custom airtight envelope within the building structure. The added benefit to air sealing is the ability to block convective heat transfer from interior to exterior during heating months and vice versa during cooling months, as the heat cannot escape through gaps in the buildings envelope without the aid of air movement from infiltration as a means of transport. 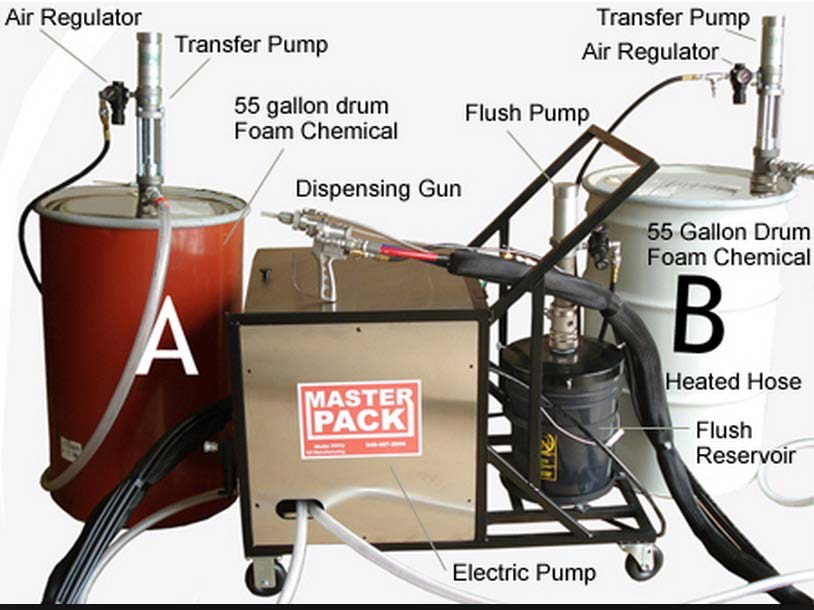 Spray foam insulation has a two part spray process, starting with two 55 gallon drums – one with urethane material, and water based blowing agent in the other.

Two chemicals mix at the spray nozzle and instantly expands to 100X applied thickness, adhering to the sprayed surface, and filling all gaps and voids to make a great air barrier.