“Building a house is easy. Building a team that will build them for many years to come is the hard part and something that I’m proud to say we’ve accomplished.”

In March of 2007, Nick Ryza and I were sitting in a small pub in Dublin, Ireland sipping Guinness and talking about how we were both ready to make a career change that allowed us to do something more meaningful and personally rewarding. We talked for hours, starting with how we had both been independently planning on what to do and when to best approach the other to pitch the idea. Perhaps this was brought on by a couple of 30-somethings having early mid-life crises, or maybe it was the feeling of new responsibility we both felt from having our first born kids in diapers at home. Regardless, the jobs we were doing failed to fill a void we had in our lives and once we both talked about how we could collectively contribute more to ourselves, our families, and the “world” by making a change; a change was set in motion.

A few months later, we presented a powerpoint to our wives about what we planned to do and the challenges we expected to face. They both gave us nods of approval and with little more than a plan and two passionate employees, we founded our company in November 2007. At that time, we were known as Hill Country Ecobuilders and Hill Country Ecopower. Our goal was to build high quality, high performance homes that provided a clear and quickly recoverable return on investment.

We started by designing and building our first net zero energy spec home in 2008. Shortly after breaking ground, the largest financial crisis our country has seen since the Great Depression began to unfold. We paused for a second to question our timing, and then proceeded with caution. This first home not only allowed us to prove out our theories and models, it introduced us to a new world of contacts that we still maintain to this day – most importantly our first happy homeowners. During the sale of this first home, we also met our next clients. We had now sold two homes and we began to think that maybe our company was going to actually make it!

The financial crisis was in full swing and we were busy building the homes we were just dreaming about months prior. This early stage in our company’s life cycle taught us valuable lessons about being aggressive with business development and conservative with our finances. We adopted a de facto policy of organic growth which meant hiring only when we were stretched too thin to keep up with demand. Dave Dixon joined us to manage the operations of our Ecopower related work and Jason Duvall came on to oversee the Ecobuilders’ construction projects. With startup investment capital basically nonexistent during the recession, our organic growth strategy aligned well with reality!

Over the next few years, we continued to build upon a culture of a fun workplace environment, slowly being filled with people that wanted to help us make a difference one home at a time. Nick settled into his CFO role, including occasionally managing a construction project, as well as 20 or so other regular duties not consistent with your run of the mill CFO type. I was settled into my CEO role that earned me the privilege of unloading pallets of solar panels, acting as our only sales person, and generally running around like a headless chicken. We realized that we were taking our organic growth strategy too far and we were now standing in our own way.

In 2010, with a decent head of steam behind us, we decided to focus on setting the company up for more sustainable growth. This meant hiring people to allow us to focus more attention working on the business rather than in it. We were prepared to invest in our business. This rapid period of team growth heightened our awareness of the importance of company culture. If we were going to maintain the culture we worked so hard to create, we had to find people who shared our vision and would contribute not only their time, but their passion toward making a positive impact.

In the summer of 2012, we merged Ecobuilders with Ecopower and rebranded under the NATiVE name. Since both companies worked together on most projects anyway, this name change enabled us the marketing freedom to expand outside of the hill country area and streamline some administrative costs. We never drew a bold line between the companies even when they were separate. At our summer and Christmas parties, we celebrated as a unified company long before we ever decided to formally make it so. Once we were officially a unified team, we were ready to take Native to the next level. 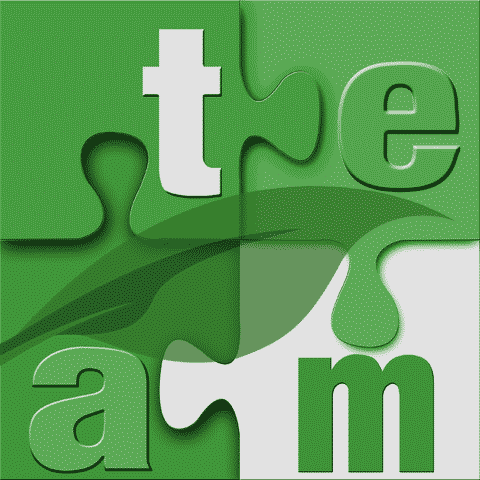 We experienced exciting growth numbers every year since our inception, but none like 2013. The work we did in 2013 earned us the honor to be recognized alongside other high performing companies. We ranked 10th in Austin Business Journal’s Fastest 50 Growing companies as well as being named in their top 10 custom builder list for the Austin area. Solar Power World recognized Native in their top 400 national solar companies list, ranking us in the top 3 in Texas and # 1 for residential solar companies within the state. Everyone likes a little recognition every now and again and we certainly got ours as a result of the hard work the team did in 2013.

It’s now been 7 years since starting this company, and as I reflect back on what I thought we were creating at the time, I realize that I had it all wrong. Back then, I was focused on the nuts and bolts of what we were building and why it was so important. I thought that building homes that generate their own power and capture their own water would be the thing that defined us. What I realize now is that it’s not the homes we’re building or the rooftops we’re filling up with solar panels that’s so significant. It’s the team we’ve assembled that does all of this great work and routinely does it better than anyone else that makes us significant. It’s a company culture of quality, integrity, and genuinely enjoying what you do that keeps us constantly pushing ourselves and each other to reach new heights. Building a house is easy. Building a team that will build them for many years to come is the hard part and something that I’m proud to say we’ve accomplished.